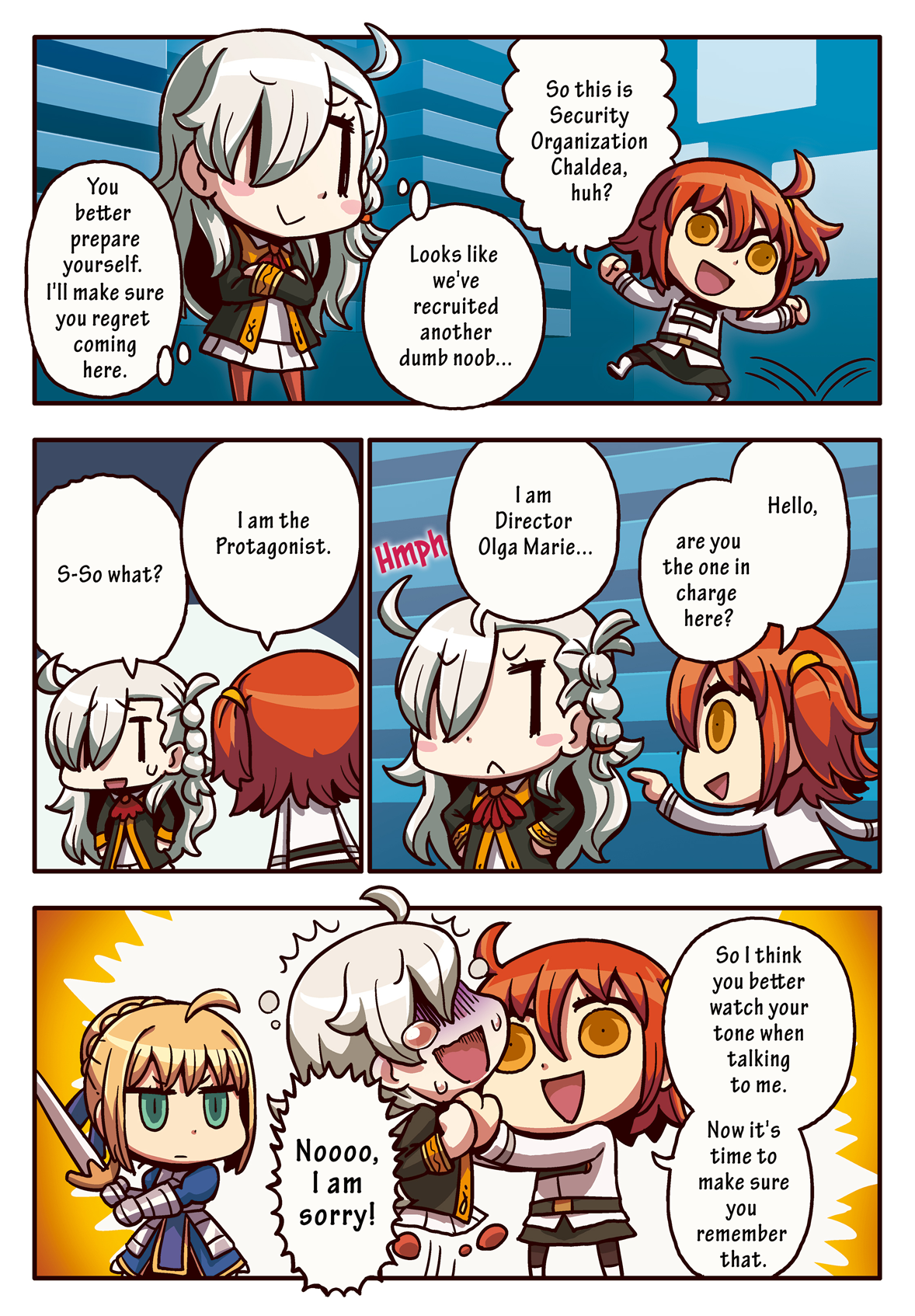 Hey! Aren’t you a little rude to the director of this place!?

Fate/Grand Order is now available on iOS and Android, let’s meet in the game too, Senpai!

Kyrielight! Don’t you ignore me as well!

Just what kind of game is “FGO”?

Hello newbie Masters! Yo, it’s me, game writer Mafia Kajita. If you already know me, thank you. If you don’t, well, go ahead and google.

Some people might think “Hey, what the hell are you doing here, baldy?” Yeah, that’s a good question. Just calm down and let me explain everything.

Are you all enjoying “Learning with Manga! Fate/Grand Order” on the official website? Yes… You can sense the madness coming from that thing a mile away, but that’s what makes it fun! However, it also seems we’ve received complaints saying “Hey, but that doesn’t explain the game system at all!” What a harsh world we live in… I mean, the basic problem lies with the game system itself, so don’t blame the manga…

On the other hand, I’ve been enjoying “FGO” since day one on the iOS platform, and just when I posted too many “I am not getting Red Saber” tweets on my Twitter (@mafia_kajita), I accidentally ended up on the official’s radar. I guess I was being picked up due to my Class as a Writer, and then ended up wiping their asses for the…ahem, I mean, I am deeply honored to be able to explain game mechanics to new players.

Since this game is full of systems and controls that might not be familiar to people who don’t play mobile games, I think it’s possible that some people could play the game without even realizing how to use “Command Spells” or “Master Skills.” Basic game mechanics like that are explained in the manga, so please check it out, you might find out some new information. 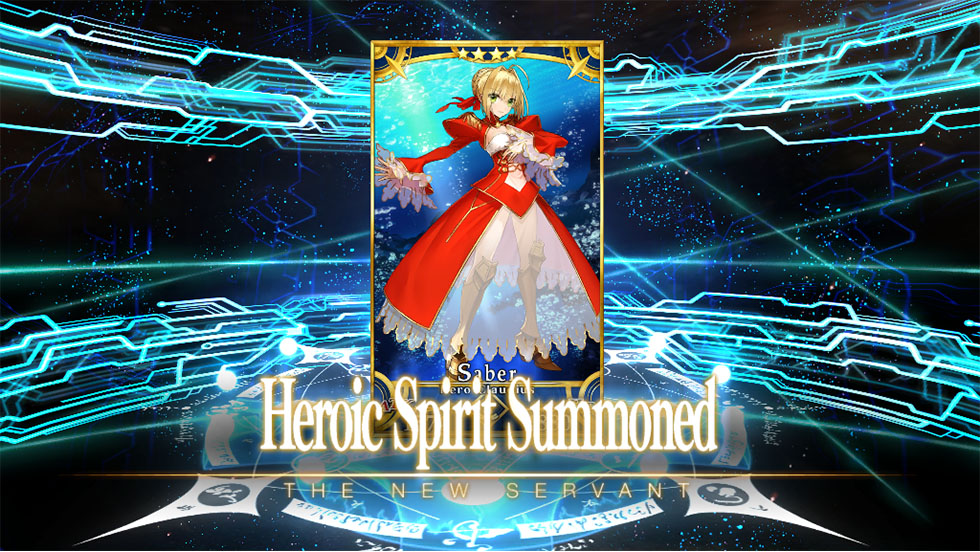 ▲The same Red Saber that I lament over so much... I finally got her after rolling gacha 70 times. Ms. Sakura Tange’s cute voice just melts my brain…

For the commemorative part 1 of the series, I will go into “What kind of game is FGO?” before I go into the game system. Obviously, I will run out of space if I start explaining the story of the original “Fate/stay night”, but since the story of FGO is separate, it won’t be a problem if you’ve never played the original game. However, if you really want to know, the app version of “Fate/stay night [Realta Nua]” is now available on the app store and you can play the Saber Route for free! (Japanese App Store ONLY)

The manga talks about it as well, our protagonist = a player in FGO who is a newbie Master working toward the great cause of “prolonging human history” in the Chaldea Security Organization. Originally the protagonist was meant to be a complete amateur whose only purpose was to fill the ranks. Now with the Protagonist Buff added on, the player is involved in the crazy trouble of “Humanity is going to be destroyed in 2018!” On top of that, the protagonist got sent to the past to retrieve the Holy Grail… Just think of our protagonist as the Time Police. As expected of the latest entry into the “Fate” series, a lot of effort was spent on the main scenario, which helped keep me into the game. 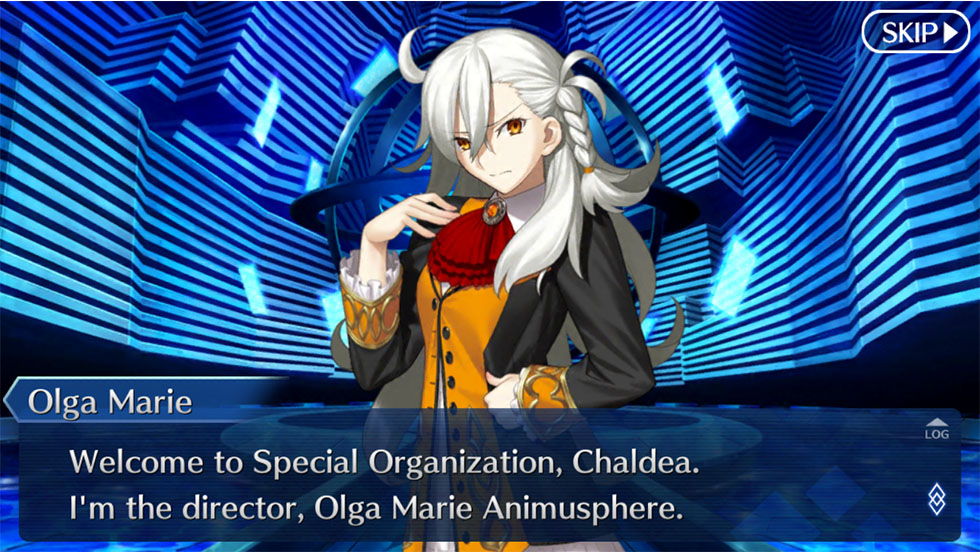 ▲Director Olga Marie, I wonder if she knows that all the characters born of prestigious noble families are destined to die in a horribe way in the TYPE-MOON universe. But since she’s cute, I am sure she’ll be OK. I’m sure…maybe…

And, if we’re talking about “Fate,” I think the most important aspect of the franchise will be the “Servants” that accompany each Master. Even though it’s a crazy idea to be able to command heroes and figures in legends and myths as familiars, that’s one of the main aspects of the game. RAISE. YOUR. SERVANTS! GET ALL SMOOCHY WITH THEM! What’s even better is that you get to contract with more than just one Servant at a time. 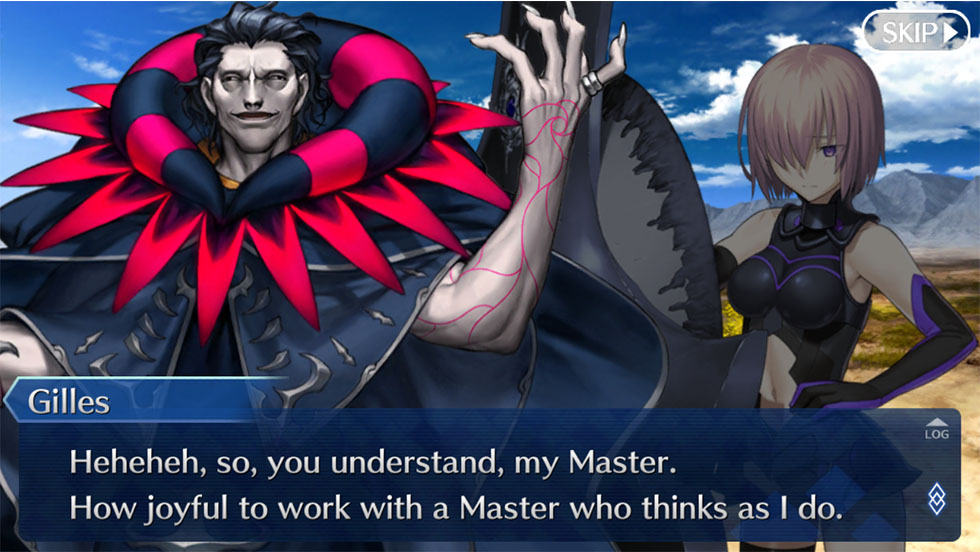 ▲For example this guy right here. The Servant that left a strong impression in “Fate/Zero” – Caster Gilles de Rais. In “FGO" you can raise your bond with Bluebeard!

Part of what attracts people to this game is the special scenarios that can be unlocked as Servant bonds deepen. These scenarios can be serious or jokey, and some might even remind you of those good old gal-games. That’s what makes games like this unique and fun, especially when it comes to scenarios that involve Berserkers. It really shows how amazing the writers working on FGO can be. I mean, except for a select few, you basically can’t have a conversation with Berserkers. 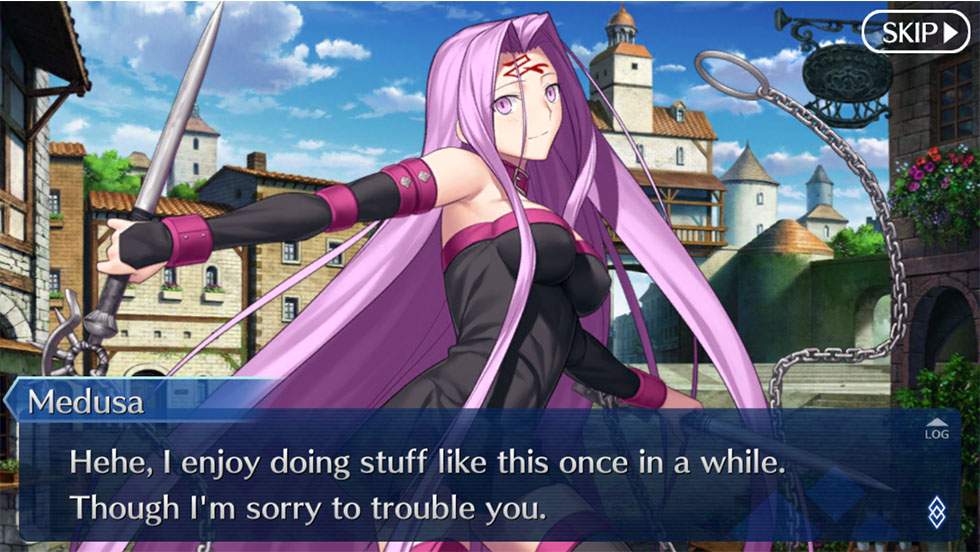 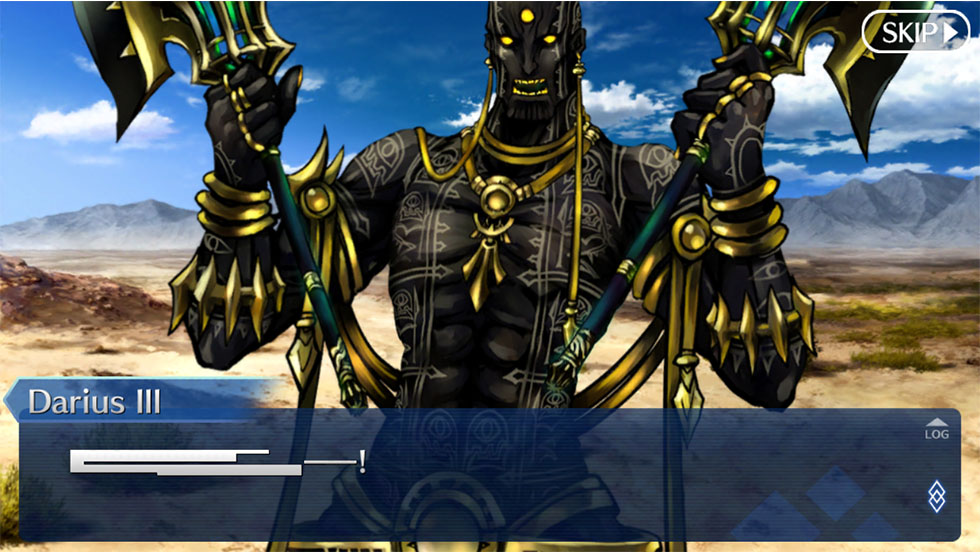 ▲On the other-hand, I have no idea what you are talking about.

To sum things up, this is basically a game where “you can enjoy the story while loving your Servants.” You can immerse yourself in settings deep as the abyss itself, which is unique to TYPE-MOON works, and let them fulfill all your fanboy/fangirl hearts, all while you smile at the glorious show of how powerful your Servants have become.

Anyways! That will do for today. Next time on “Episode 2: Don’t Underestimate the Tutorial,” we will talk about our favorite kouhai and the first Servant in the game, Mash Kyrielight, and what makes her so lovable.