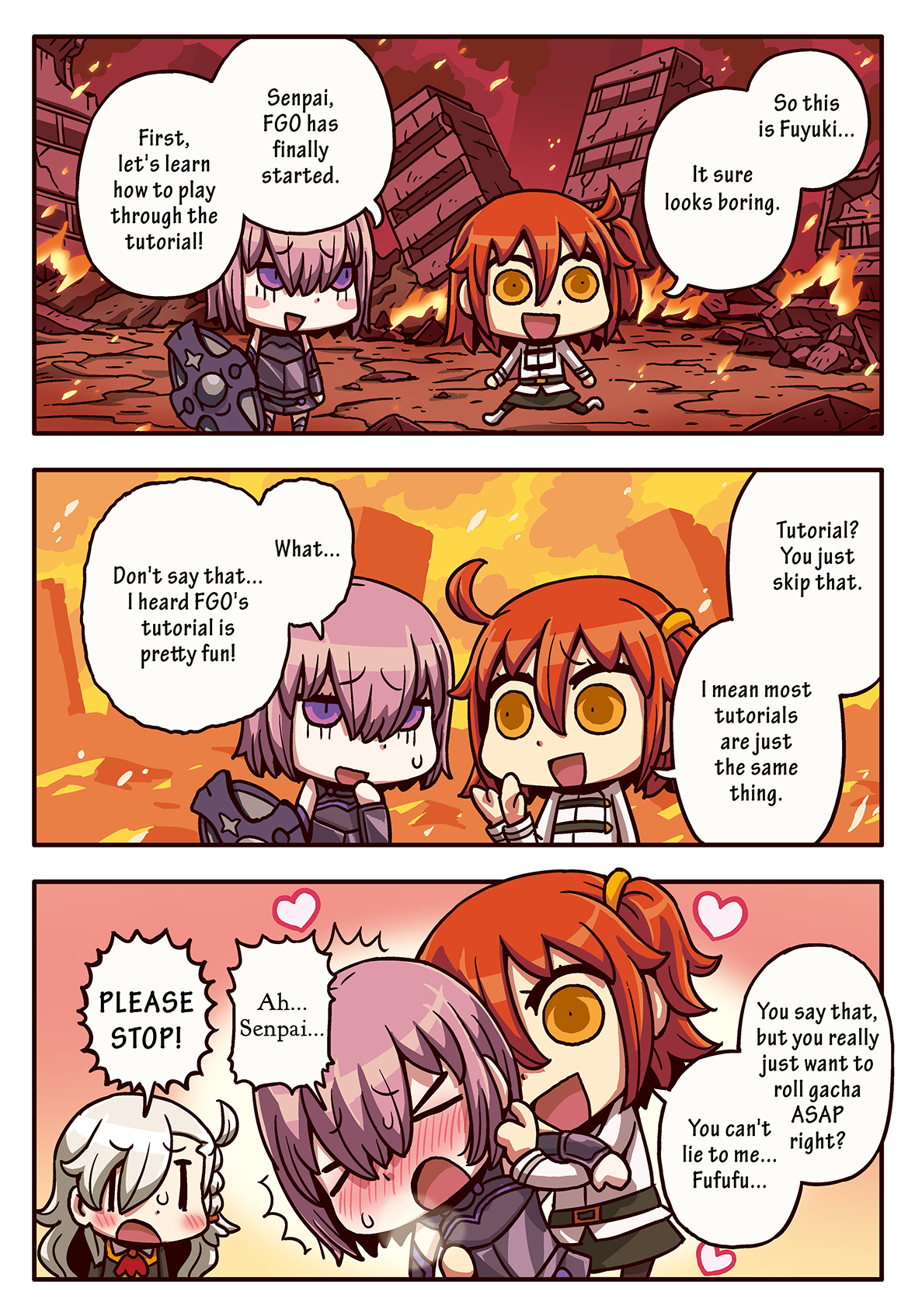 The tutorial in FGO ties into the overall story so new players should be able to enjoy it. Witness the captivating story written by the original creator Kinoko Nasu specifically for this game.

Fou, fou, nkyu?
(But I thought he played you from the very beginning?)

Enjoy the Tutorial With Mash!

Just like what Gudako (protagonist) said in the manga, tutorials are about the same in every smartphone game, so players might find them boring. However, the tutorial in FGO doesn’t just explain game mechanics, it features a proper scenario and serves as the game’s “prologue.” The scenario was written by Mr. Kinoko Nasu, and as the introduction for this new addition to “Fate,” Mr. Nasu showed no compromise. It’s impressive how he can ease players into the unique world of “Fate” by explaining its setting in the familiar city of “Fuyuki,” and inserting some fan-service that long-time fans of the franchise would be delighted to see. 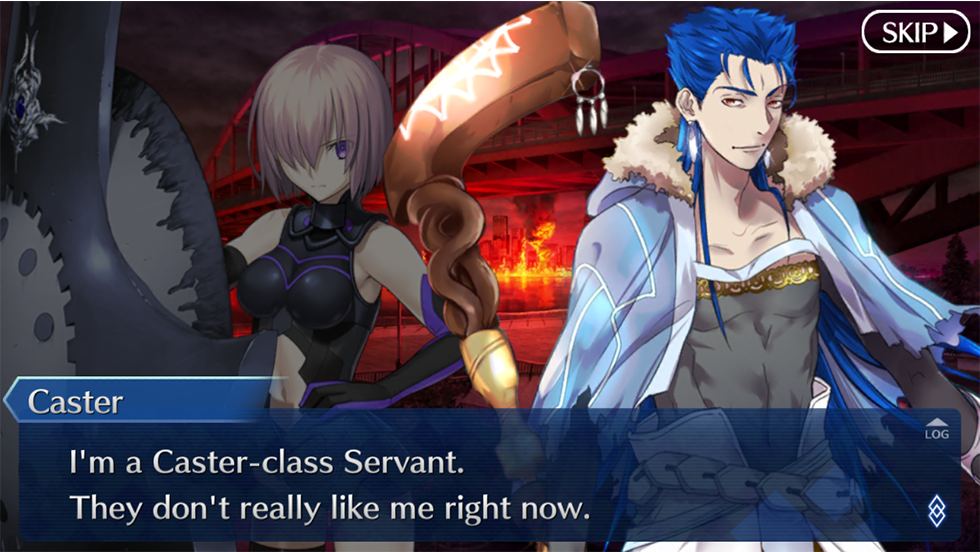 ▲Lancer-bro, or I mean Caster-bro will join us in Fuyuki. This Holy Grail is obviously different from proper history. It’s a must see for “Fate” fans.

In this prologue you can learn about FGO’s controls and systems without the typical boring tutorial text. Also in the prologue, you will meet the protagonist’s first Servant, everybody’s favorite kouhai. She’s not a pure Servant, but a “Demi-Servant,” a fusion between a Heroic Spirit and a human. Due to her unique existence, there are parts of her that are irregular compared to normal Servants. Since she doesn’t know her True Name (or rather, the True Name of the Heroic Spirit she fused with), she can’t fully unleash her Noble Phantasm. These are all aspects about her that might make long-time fans go “Whoa” when they first encounter her. I mean not knowing her True Name… That can be deadly in a normal Holy Grail War… 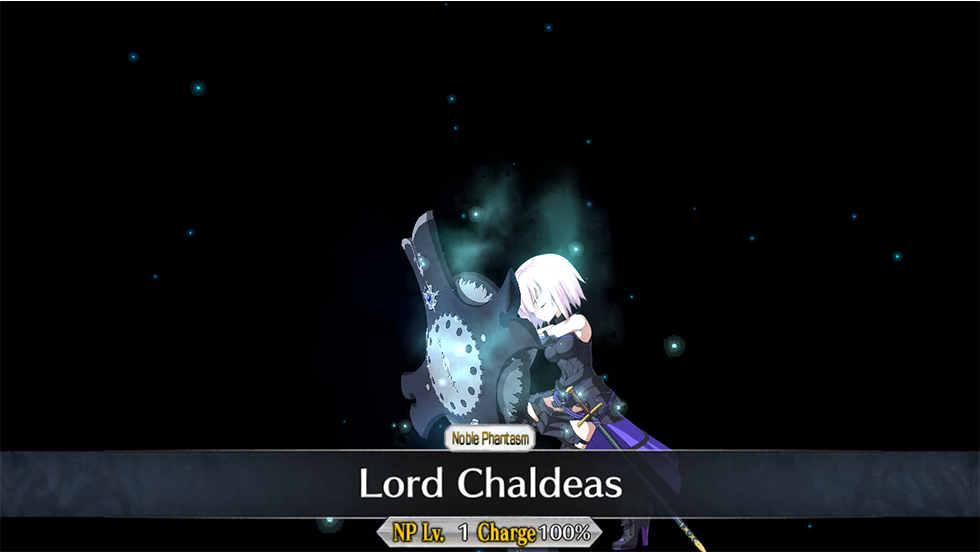 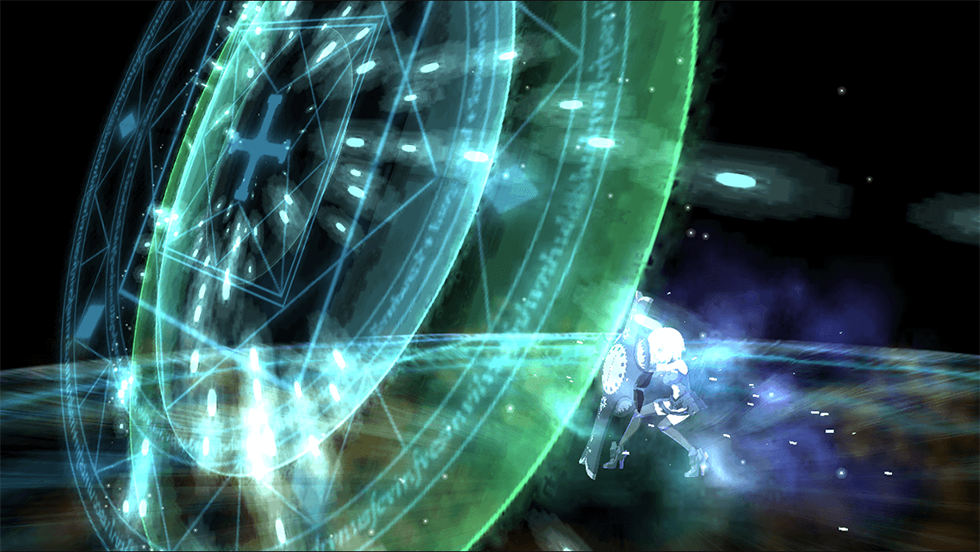 ▲Even though it’s incomplete, her Noble Phantasm “Lord Chaldeas” can still be very useful. Increase all allies’ DEF and reduce incoming damage for 3 turns.

However, our favorite kouhai is not at a complete disadvantage here. What makes her unique is her “Shielder” class. Servant Class in this game is like your typical rock-paper-scissor system but the Shielder class is removed from this affinity triangle… Meaning she has no weakness against any class. In other words, she can keep her maximum defensive capability at all times. In exchange, she also can’t exploit the weaknesses of all the other classes… But, with her skills she can buff the entire party’s DEF, grants 1-turn invincibility to any Servant, and just be impenetrable! Also, since she’s the only character in the game with a Cost of 0, our best kouhai can team up with any Servants and be utilized in any party setup.

To follow up on that, each Servant and Craft Essence comes with a cost, and you can’t form a party if the combined cost exceeds your overall allotted cost. Higher rarity cards will have higher costs, even if you got lucky and pulled all the ★5 and ★4 cards, you might not be able to put them all in your party like you planned.

Each Master’s maximum allotted overall cost is determined by account level. Even if you’ve reached the level cap on your account, to be honest, taking Craft Essences into consideration, cost management remains a troubling issue for many Masters out there. 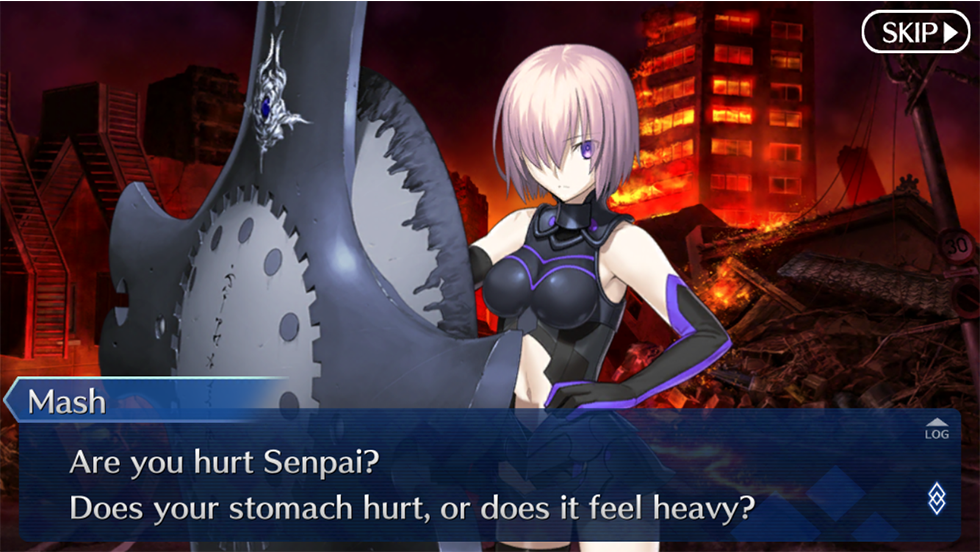 ▲When your Master Level reaches 95 you will have an allotted overall cost of 96. Even if you put all your high rarity Servants in your party, putting best kouhai in your sub members empties up enough costs to put powerful Craft Essences on your Servants. Since her defensive capabilities are above everyone else, even if she’s dragged out to the front line, she can survive on the field even if her level is lower than the enemy’s.

With that being said, I am sure that even someone under the influence of Madness Enhancement can understand just how amazing our kouhai’s 0 cost can be. With her stats of a rare Servant, and her OP defensive skills, she won’t weigh you down. What a fine woman she is! …Ok that might’ve come out wrong, but I’m sure you understand what I’m trying to say!

She looks cute in anything she wears, genuinely adores the protagonist, is the best support at battles... What a perfect kouhai! Wait… What a perfect waifu! 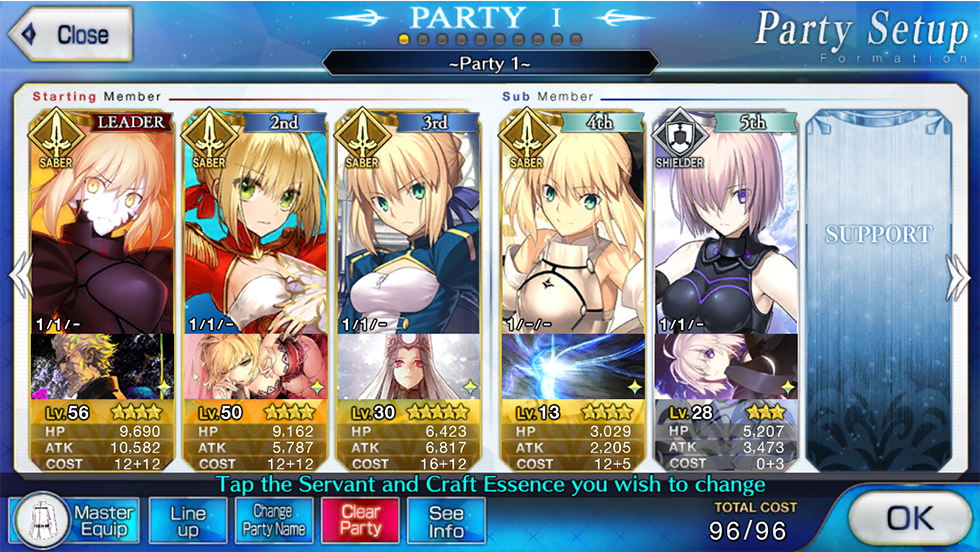 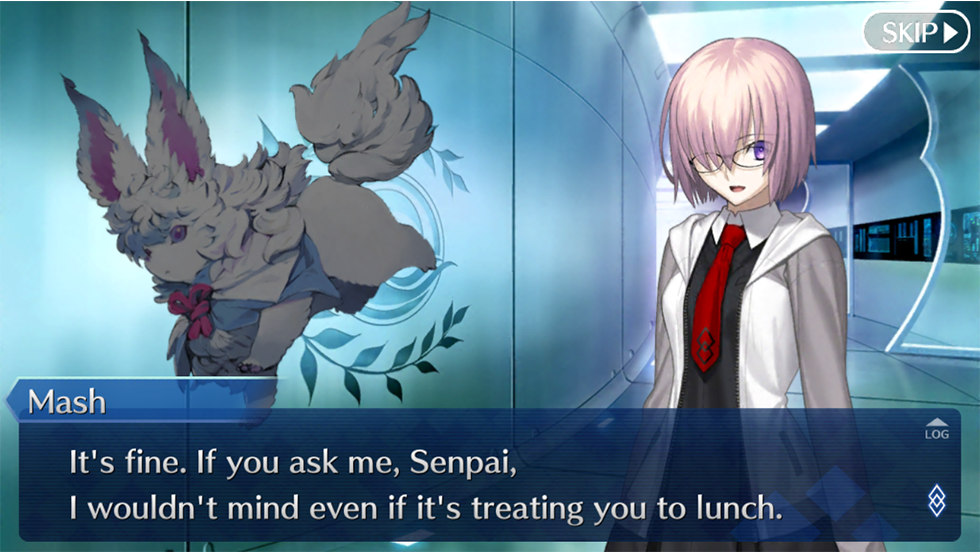