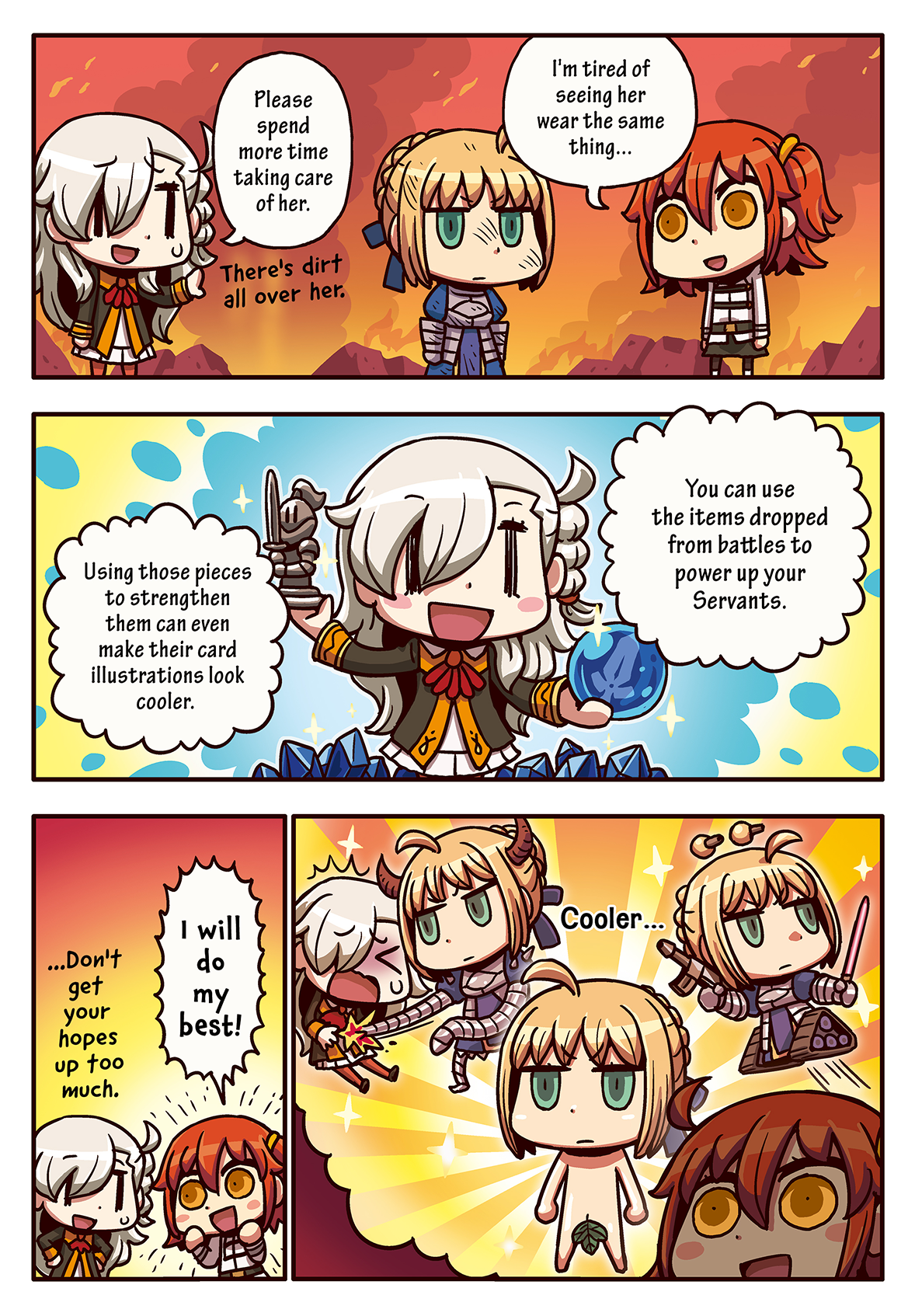 There are many different types of items for enhancing your Heroic Spirits. For example, gems to level up skills, and pieces or monuments for Ascension. In order to perform later stages of enhancement, you might even need special items dropped from certain monsters and quests.

This game is truly a pain in the butt.

You’re all about summoning, but you should pay more attention to enhancing your Servants…

Hello there, this is Mafia Kajita’s “Even Berserkers Can Understand!” Where we will kind of explain the game’s more complicated aspects. Episode 11 will talk all about enhancing your Servants… but we’ve already covered Ascension and leveling up skills in Episode 7, so there’s nothing more to talk about if we stick to the original content of this episode.

On top of that, a lot of what I want to talk about in Episode 12 “Utilizing Your Daily Quests” doesn’t apply anymore, so I’m already struggling with what to write about. ALSO, the following “Episode 13, Having Fun with the Events!” too (tl;dr).

…Since we’re out of stuff to write, the next three episodes will introduce my Recommended Servants based solely on my opinion. I will feature Servants that are ★3 or under, because Servants of ★4 and above are too rare. Newbie Masters should especially pay attention, as I will be covering all the Servant classes.

Let’s begin with the star of the Servant classes, the Saber-class. There are no Saber-class Servants under ★2 and there are not many choices for ★3. So which of them is more useful? Well in that case, ignore the muscle, say goodbye to the good-looking COOOOOOOOL, and choose the fatty!

This is because fatty has many useful skills. Especially Charisma (*Available after 1st ascension) which increases ATK for all allies and is handy for all instances. His other skill, “Tactics,” increases all allies’ NP strength. You just can’t go wrong with those two skills. With them, he is as good as ★4 and above Servant, even with his looks and personality. However, he only has one Arts card, which may be his only flaw, but you can always cover that with proper Craft Essences and Support Servants. 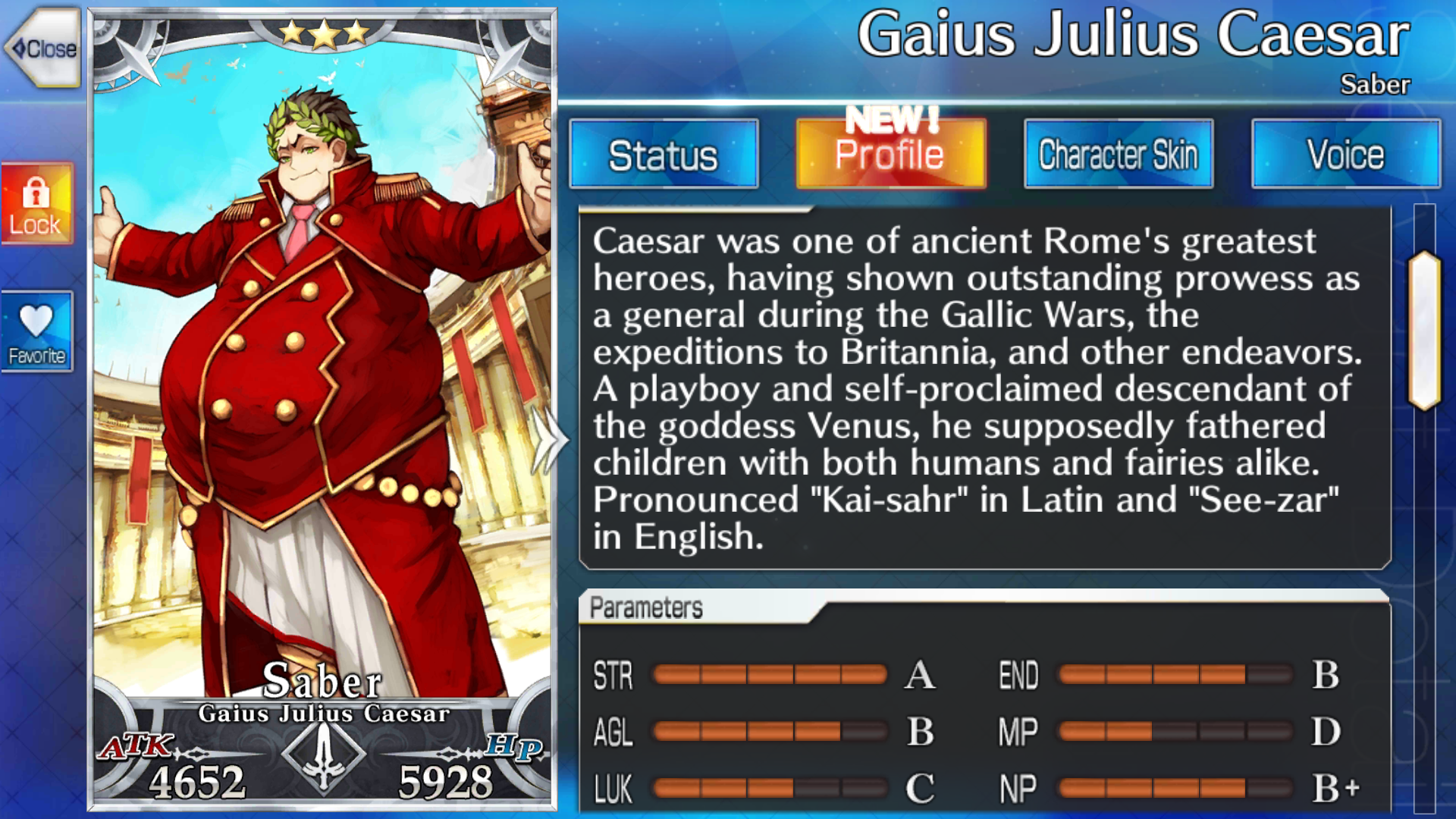 Next is the Archer-class. There's Robin Hood, Euryale, and David that are ★3 and Arash, who is ★1. The Servant with the strongest Noble Phantasm is Robin Hood, no doubt. By combining it with his “Sabotage” skill, his Noble Phantasm that deals bonus damage to poisoned enemies is just too broken, and it might get nerfed… cough cough. Anyway, I'll avoid talking about him, I don’t want to come back and fix my article later.

So, I will be featuring Arash, who has the lowest summoning difficulty. He may be lacking in some aspects as a ★1, but he stands out with his Noble Phantasm, Stella. As his NP strength increases with Overcharge, and his NP should be easy to level up, he has the potential to deal a ridiculous amount of damage. More than you normally find in a ★1 Servant.
Also, his Noble Phantasm’s side effect of reducing his own HP to 0 can also be used tactically. By using his Noble Phantasm at the right time, you can bring out your sub-member whenever necessary. If you invest in this Servant, you can build some very interesting strategies with him. 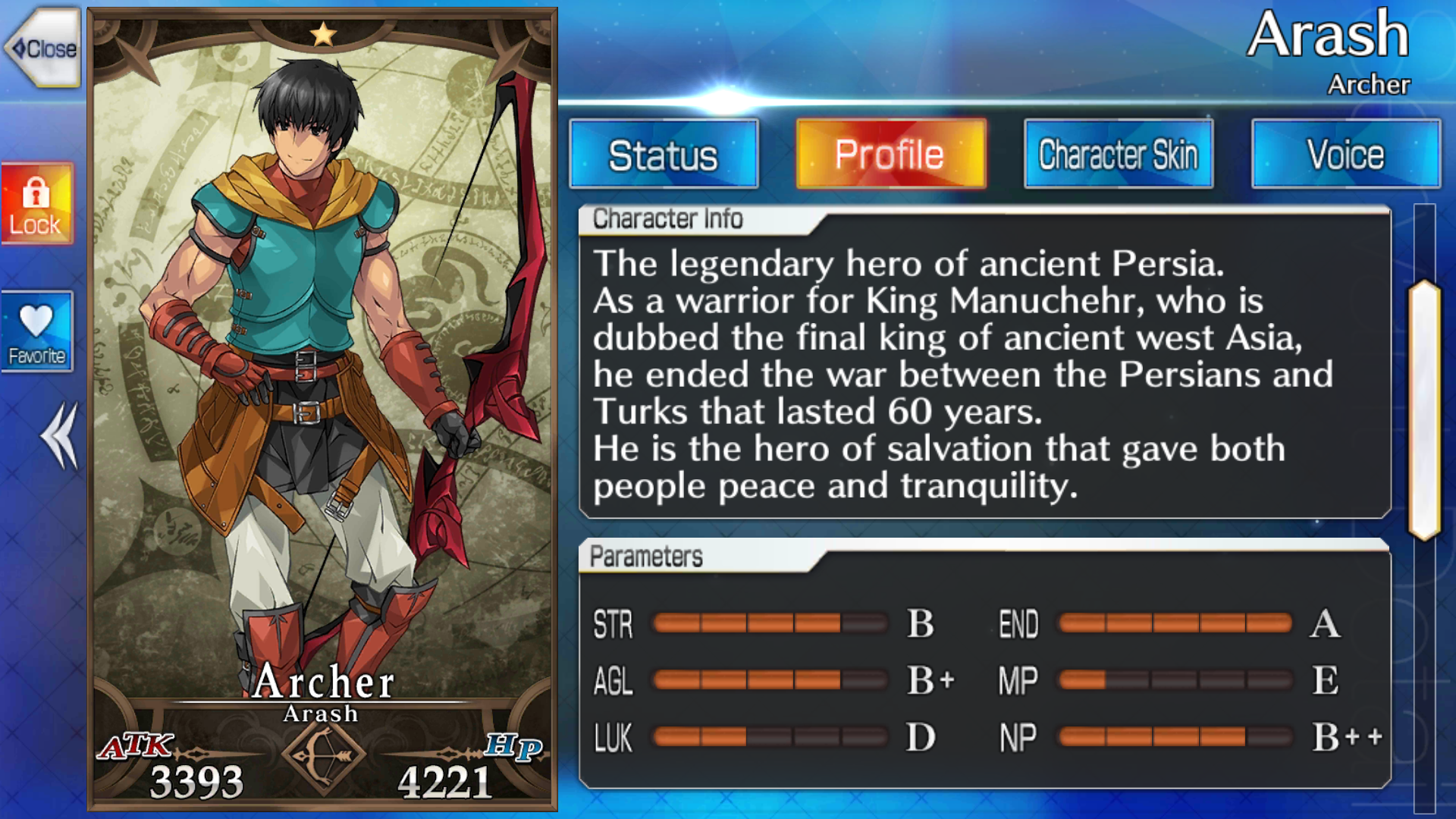 Now, on to the Lancer-class. ★3 Servants include Cú Chulainn, Cú Chulainn (Prototype), Romulus, Diarmuid Ua Duibhne, and Hektor. There's also Musashibou Benkei and Leonidas I that are ★2, making a competitive line-up, but the one we recommend is none other than our aniki, our lancer-bro, Cú Chulainn.

His skills include Battle Continuation, which applying Guts to himself, and Protection from Arrows, which applies evade and increased DEF. Ascending him three times will unlock the skill of Disengage, which will remove any Debuffs and restore HP. He is a tough Servant, who can evade and endure the harshest attack. He is one Servant who excels in survival so much that I don’t think ordering him to kill himself through Command Spells would do the trick. Although his Noble Phantasm Gáe Bolg’s death success rate is not that high, it can reduce an enemy’s defense so it is very useful in battles… However, he needs a little more care. He requires Ascension materials that are harder to come by for only being a ★3 Servant, including Claws of Chaos and Phoenix Feathers. 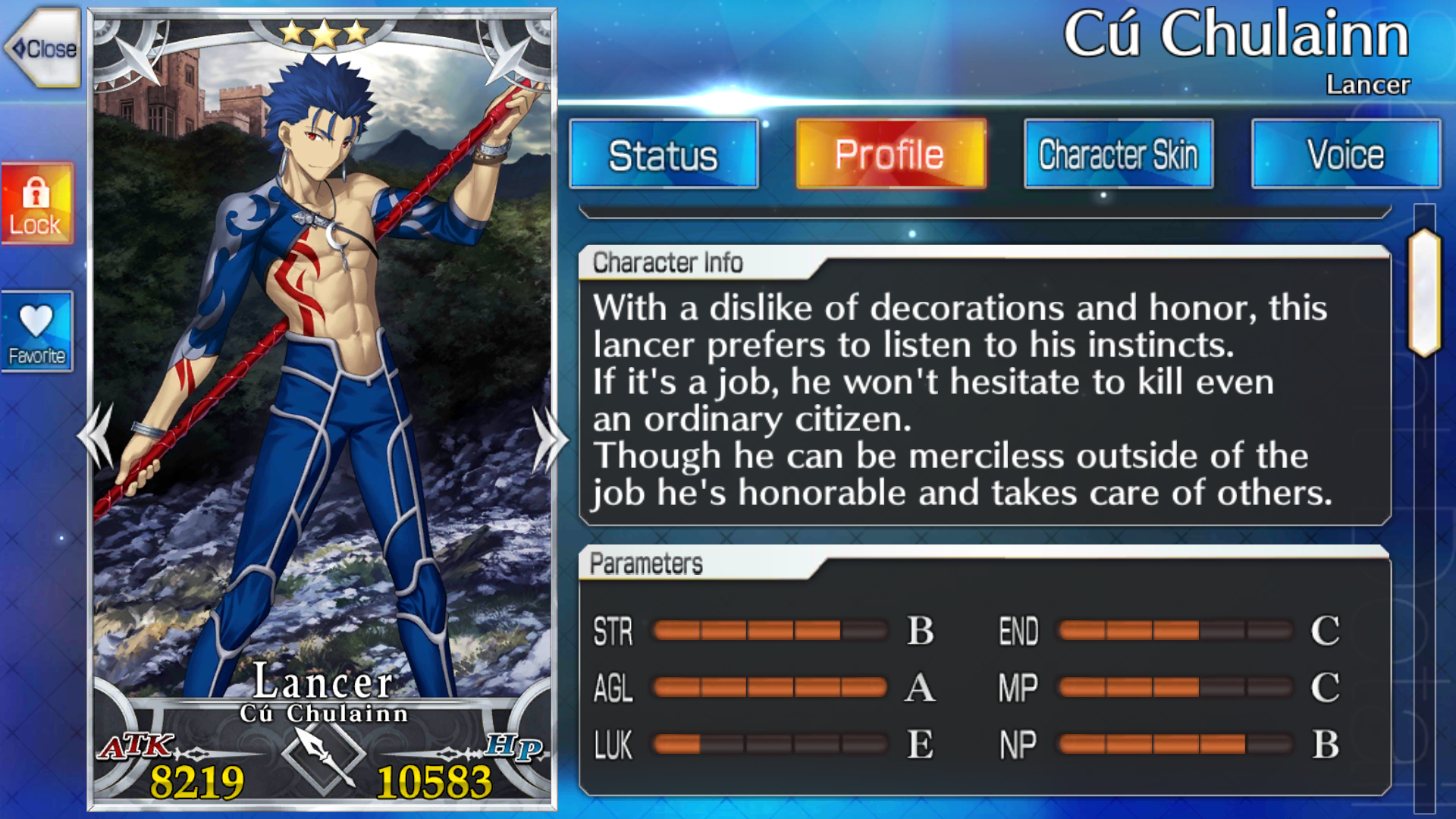 Let’s end this episode here. We will introduce recommended Servants that are Rider, Caster, and Assassin classes, so look forward to that.