Episode 15 ● I Learned with Manga, Fate/Grand Order
Manga by: Riyo 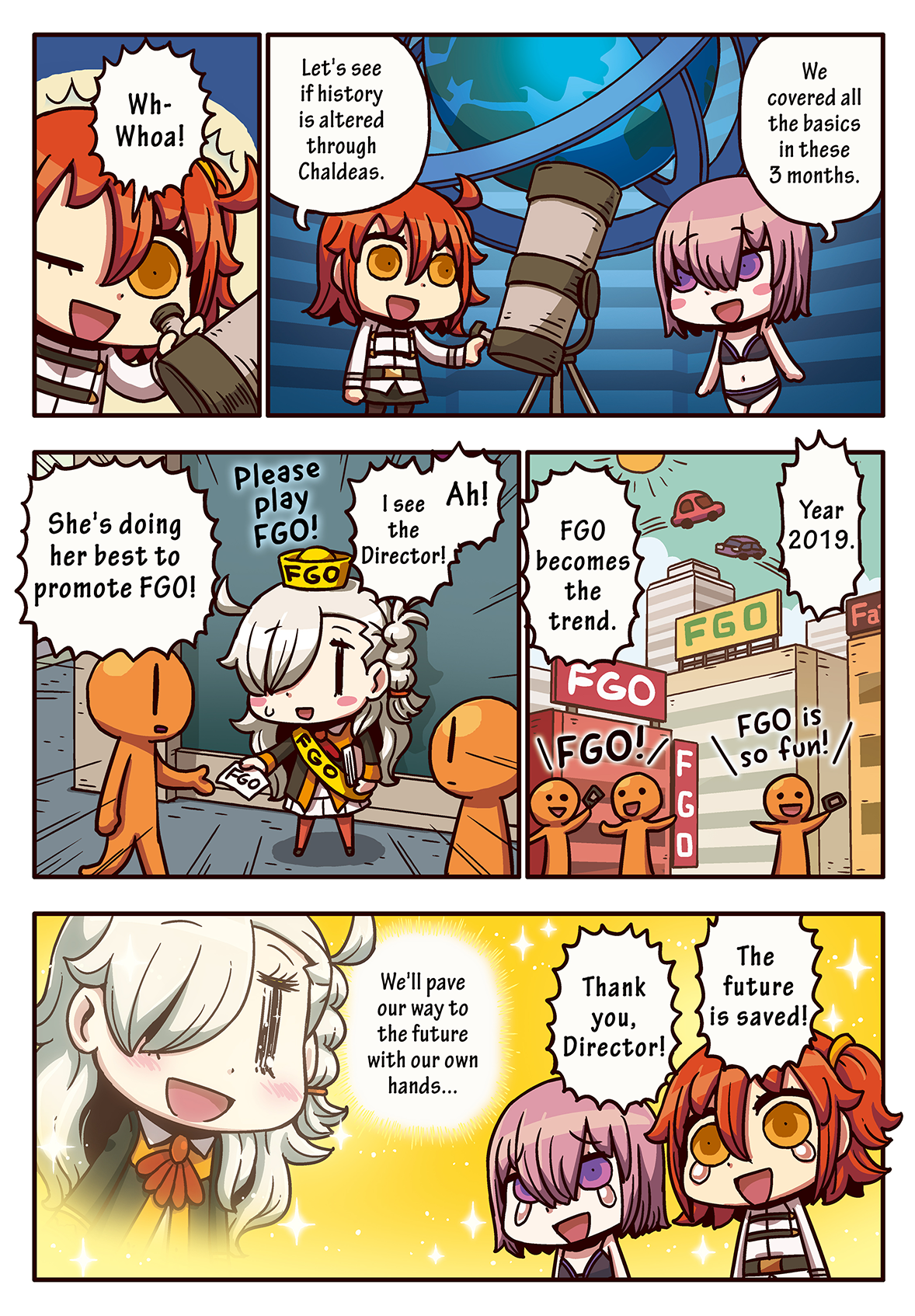 You should now have a solid understanding of the game. I’m taking some time off, so I trust that you will take care of the main scenario.

Oh, Director. I just heard from Management that they’re continuing these with ‘More Learning with Manga!’ starting soon.

What do you mean?! What about my appearance?

Hello there, this is Mafia Kajita’s “Even Berserkers Can Understand!” Where we will kind of explain the game’s more complicated aspects. Sadly, we have come to the last episode of these lessons, but at least we’re talking about Ruler-class Jeanne d’Arc.

We’re breaking the rules of only talking about Servants of ★3 or under…but she’s that important. She's also one of the few Ruler class Servants in this game.

Her rarity is ★5 and she is not easily attainable, however she's always part of the Saint Quartz Summon line-up. She is definitely a favorite for many players because of her familiarity as the key figure in the first chapter of the FGO story. 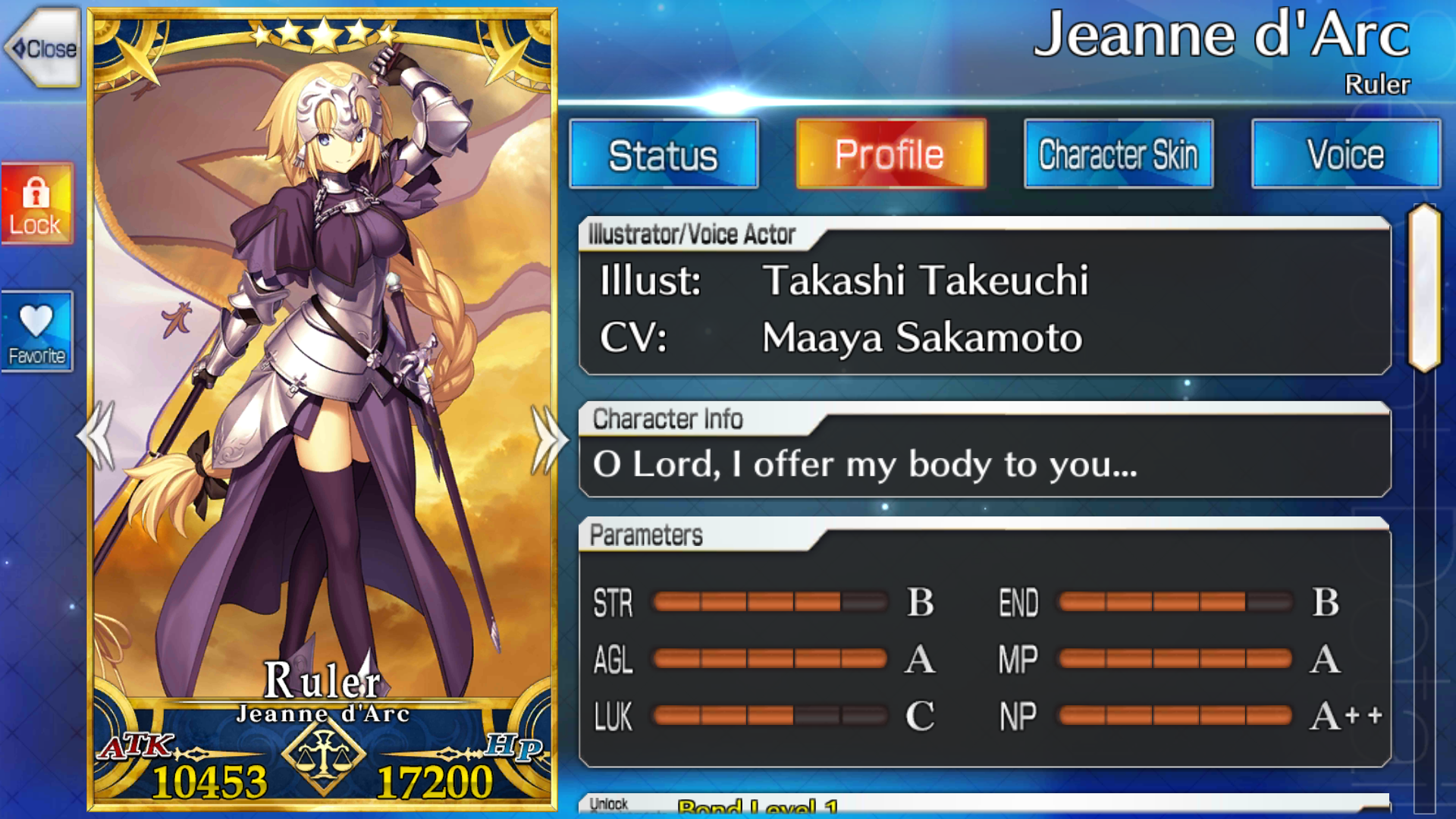 She boasts the highest HP out of all Servants, and her unique trait cuts down ATKs from all enemy Servants, except those of extra classes and Berserker-class, by half. Her skills effectively target enemy Servants and her Divine Judgment skill, attained after her third Ascension, even has a chance to immobilize one of her enemies for one turn.

Her Noble Phantasm, Luminosite Eternelle, is impactful as well. Even with the Demerit of inflicting Stun on herself for 2 turns, the NP applies invincibility, increases DEF, and restore HP for all allies.

Since you can charge her NP easily with her 3 Arts cards, you can utilize the previously mentioned Divine Judgement and her other skill True Name Revelation (decreases enemy’s NP strength) to withstand multiple incoming Noble Phantasm attacks. 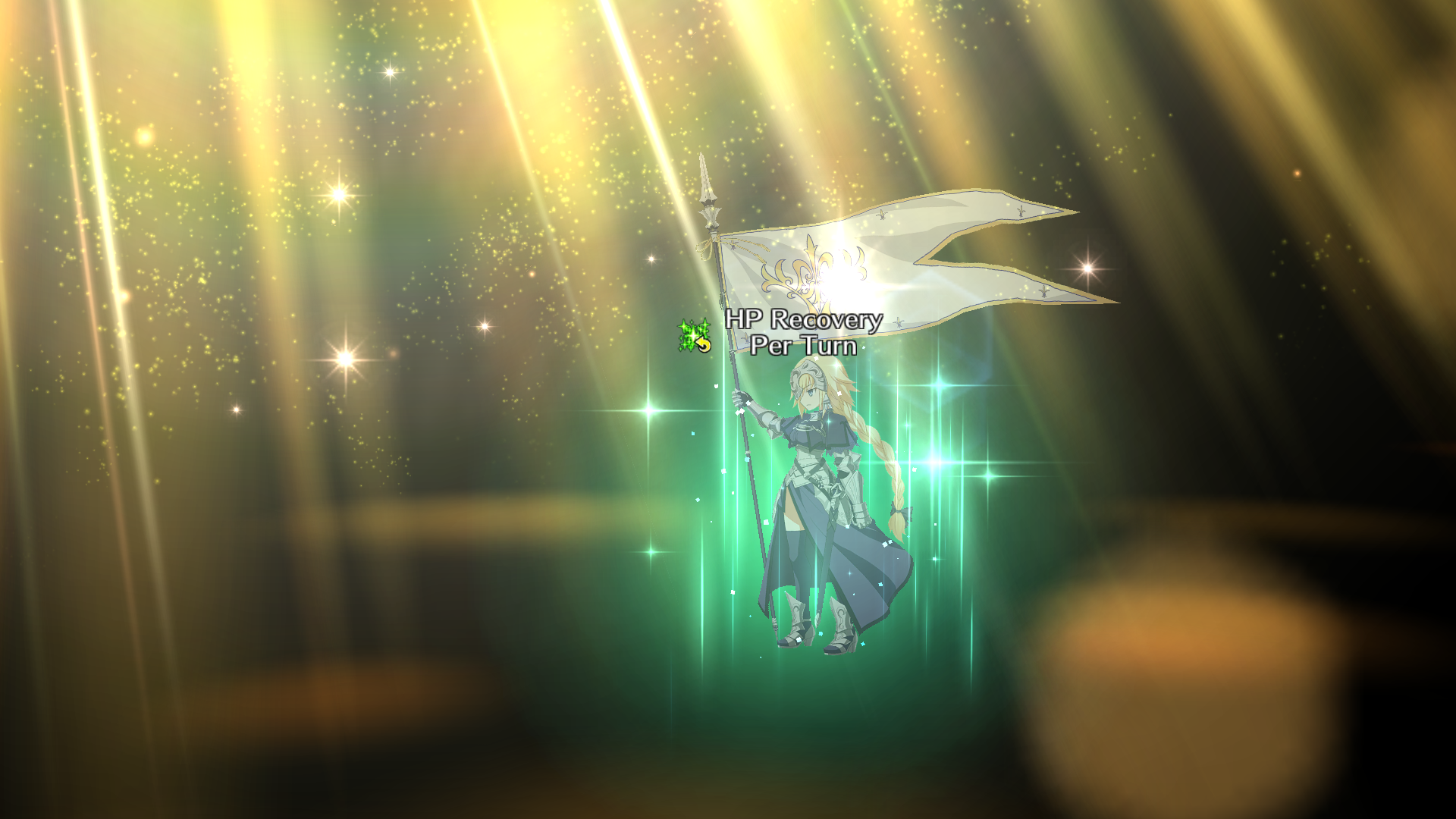 ▲Jeanne’s “Luminosite Eternelle” is the strongest, defensive NP at the moment.
You can nullify an enemy’s AOE Noble Phantasm.

While she will guard your party firmly as the Holy Maiden, she may not be suited for Daily Quests and Event Quests that require offensive power. She's the type to win through endurance, so you should bring her in times of need, extremely difficult quests, or against the final boss in the story.

Being one-of-a-kind, figuring out her best combinations and compatibility with other Servants and CEs becomes part of the fun. For example, we recommend bringing along Martha or Marie Antoinette with Jeanne d’Arc to remove her Stun after her NP.

This may be for higher level players, but pairing her with Andersen, Tamamo-no-Mae, and a friend’s Jeanne will form an Iron Wall for true durability. However, I can’t think of any enemies that require such concentrated defense at the moment… However, it’s a different kind of fun knowing that no matter how ridiculously strong the enemy might be, you'll still be able to survive the battle without using a single Command Spell. For any Master fortunate enough to have summoned her, what awaits is a sense of unparalleled security. 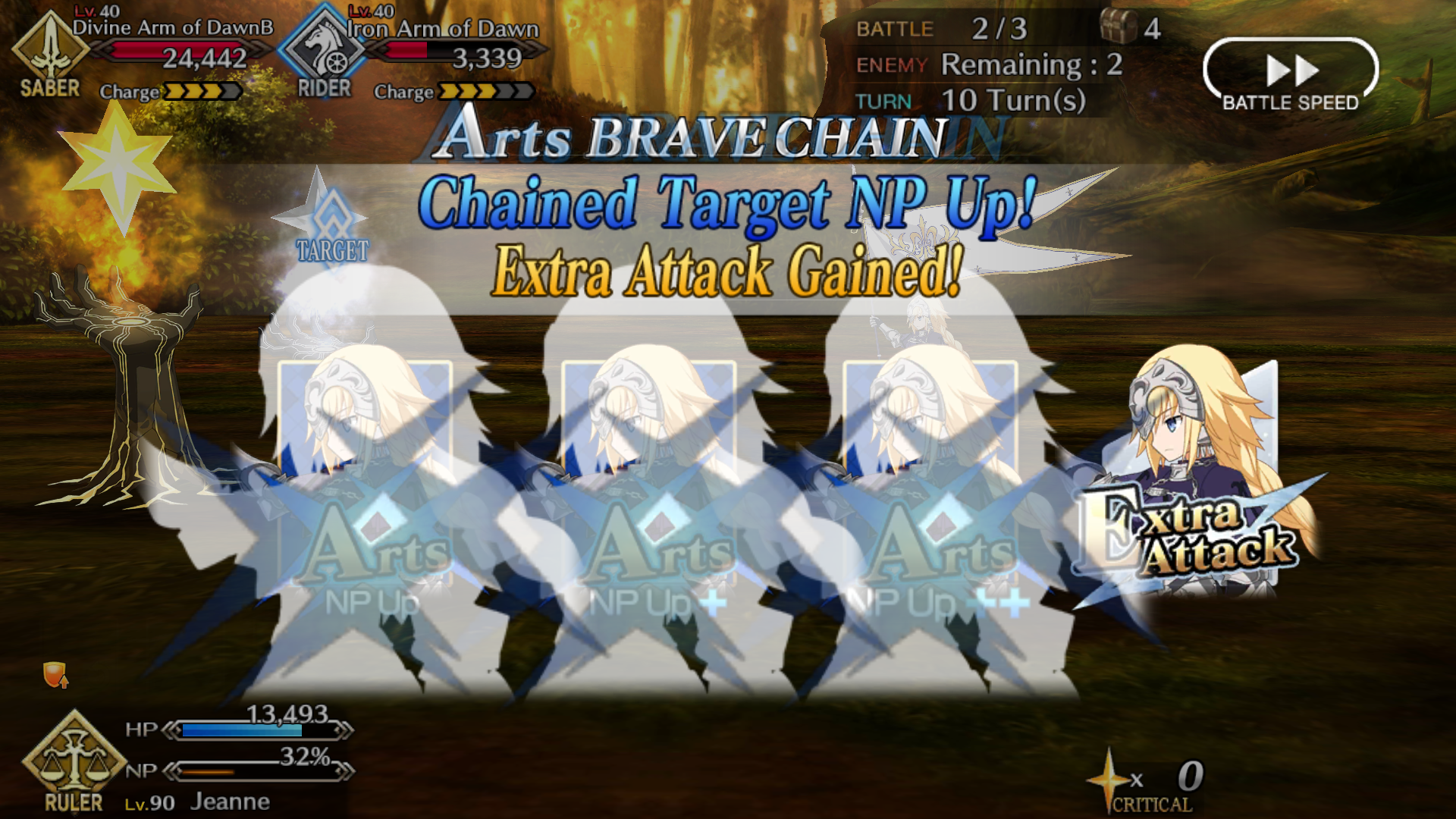 ▲Jeanne’s durability as the last one standing is also noteworthy. Bombarding using her Arts BRAVECHAINs one after another will cut down enemies one by one, and have her NP Gauge surging.

We’ve been introducing our recommended Servants for the past five episodes, but keep in mind that these are only suggestions. These step-by-step guides are for truly clueless Masters, and we are in no way commanding you to raise these featured Servants only. As mentioned earlier, one aspect of FGO is deepening your bonds with your favorite Servants. Don’t be dumb and only pursue efficient gameplay.

It’s not like the game is competitive or has co-op play. No one else has a say in your FGO, but you. A Servant’s rarity or skill-set doesn't matters as long as you are committed to babying that Servant. Utilize your Craft Essences and get creative with your Party Formation to bring out the best in your chosen Servant. It is our hope that you find the fun in FGO in your own way.

…Well. "Even Berserkers Can Understand!" has come to an end. There are no interactions among the players in the game itself, but being able to communicate with the readers of this Manga has definitely been fun. I greatly appreciate all of you who stuck until the end.

Feels somewhat empty that this is ending…but maybe this is how the Fate franchise is, since the story is about meeting and parting…wait, what? They’ve already started preparing “More Learning with Manga!” What do you mean?! Hello, Management? Excuse me? Management?