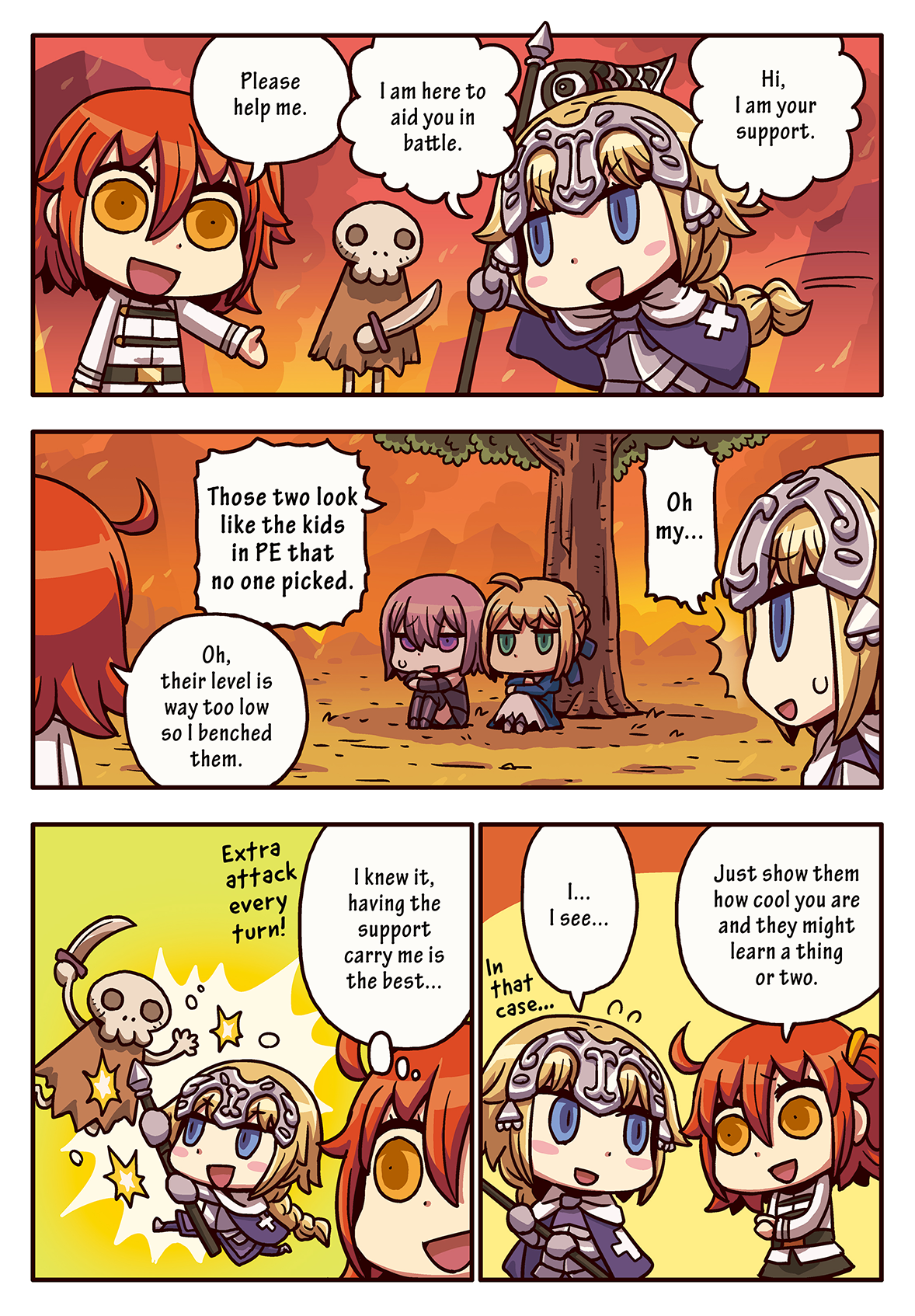 Your friends' Servants will show up on your support list more often, so you should try to make more friends. When you take on easier quests, it's recommended that you choose support Servants that aren't your friend already and send them a friend request after.

（Ah, the Director sent me a friend request… I can ignore it, right?)

Say, you're not a very good listener, are you?

Support characters are the keys to success!

This is Mafia Kajita's FGO Lesson "Even Berserkers Can Understand!" where we will talk about the game's more complicated aspects. Episode 6 will talk about support characters, whom you might rely on more than your own Servants.

Especially in early story chapters, it's not rare to rely on support characters to clear your quests, like Gudako in the above manga. Even if that's not your intention, I'm sure many Masters have experienced having the rest of their party wipe out, and using a support character's back to back Brave Chain to clear their quest. 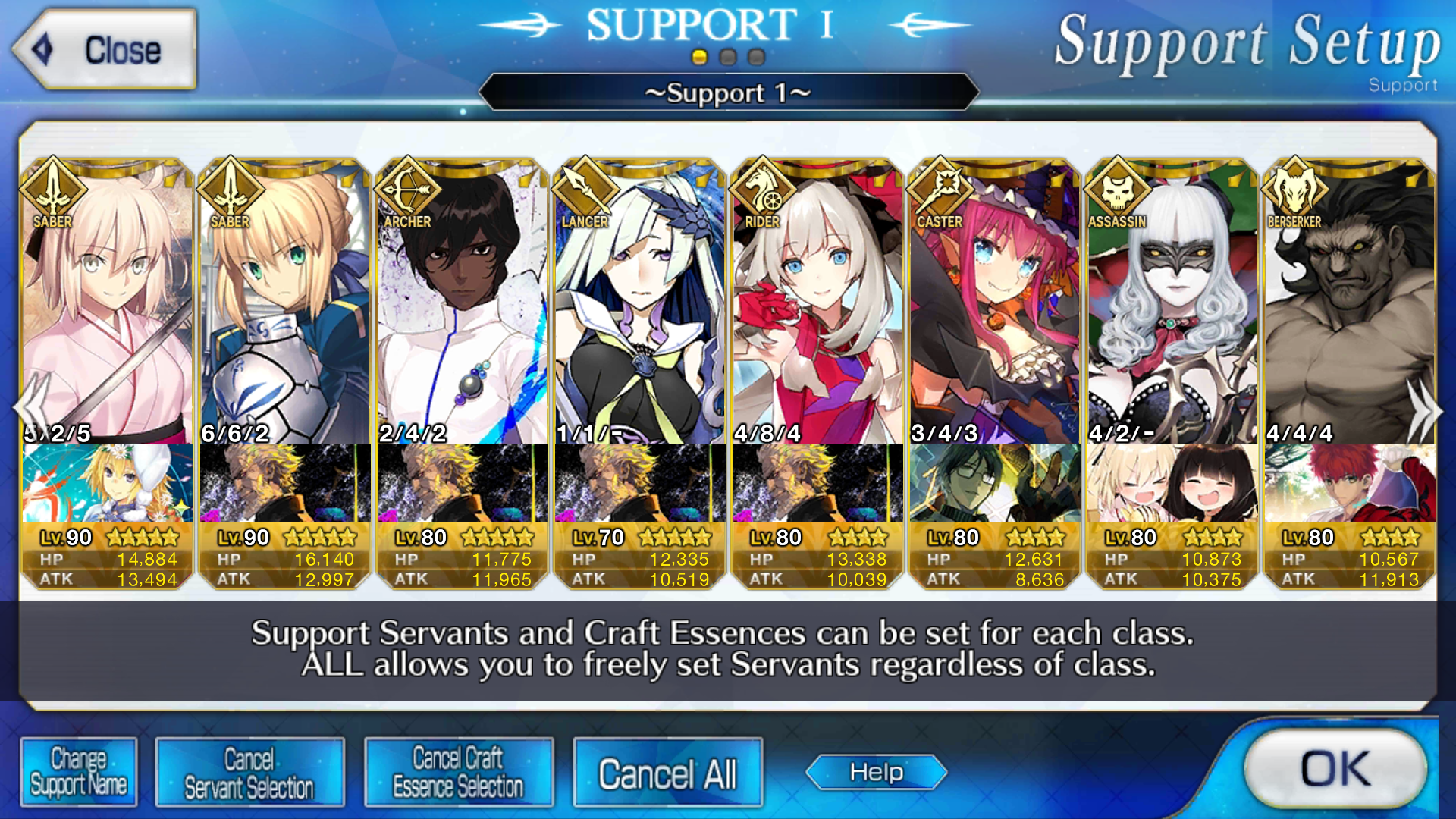 ▲You can set one Servant from each class in your support line up. Putting the right Servants in these slots can also grant you a lot of Friend Points. 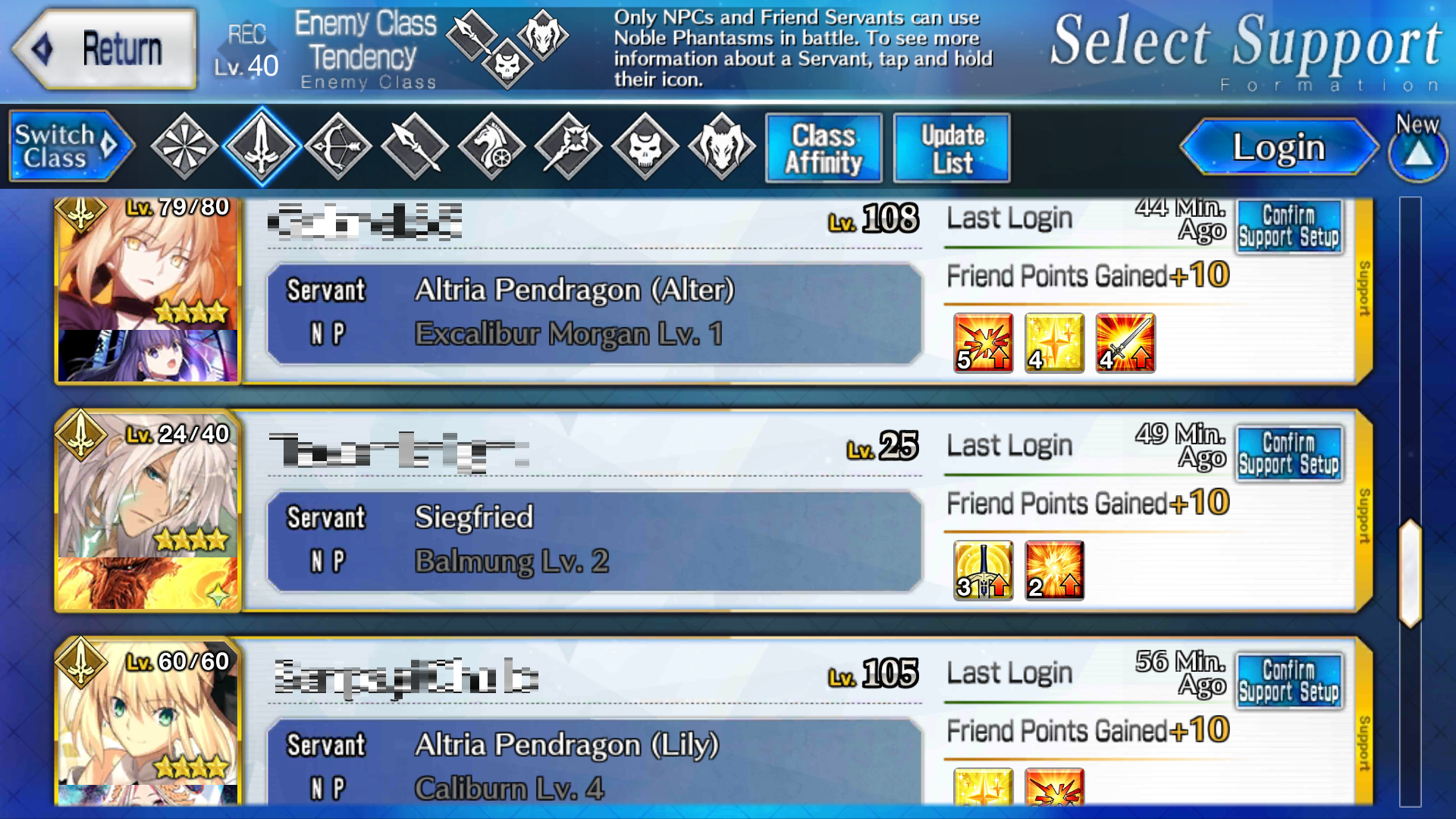 Also, Servant classes have affinities similar to rock-paper-scissors. In this game, you may say class affinity is more important than HP and ATK. Although Noble Phantasm and skill levels must also be taken into consideration, more often than not "low level Servants from an advantageous class" will survive longer than "high level Servants from a disadvantageous class." That's how much affinity will influence overall damage output.

In other words, you should form a party that's advantageous against the enemy classes in quests that are difficult, especially when it comes to choosing your support character. We talked about how our best kouhai "Shielder" is placed outside of the affinity triangles, but "Rulers" can be as useful as their only weakness is Berserkers. Berserkers so OP. 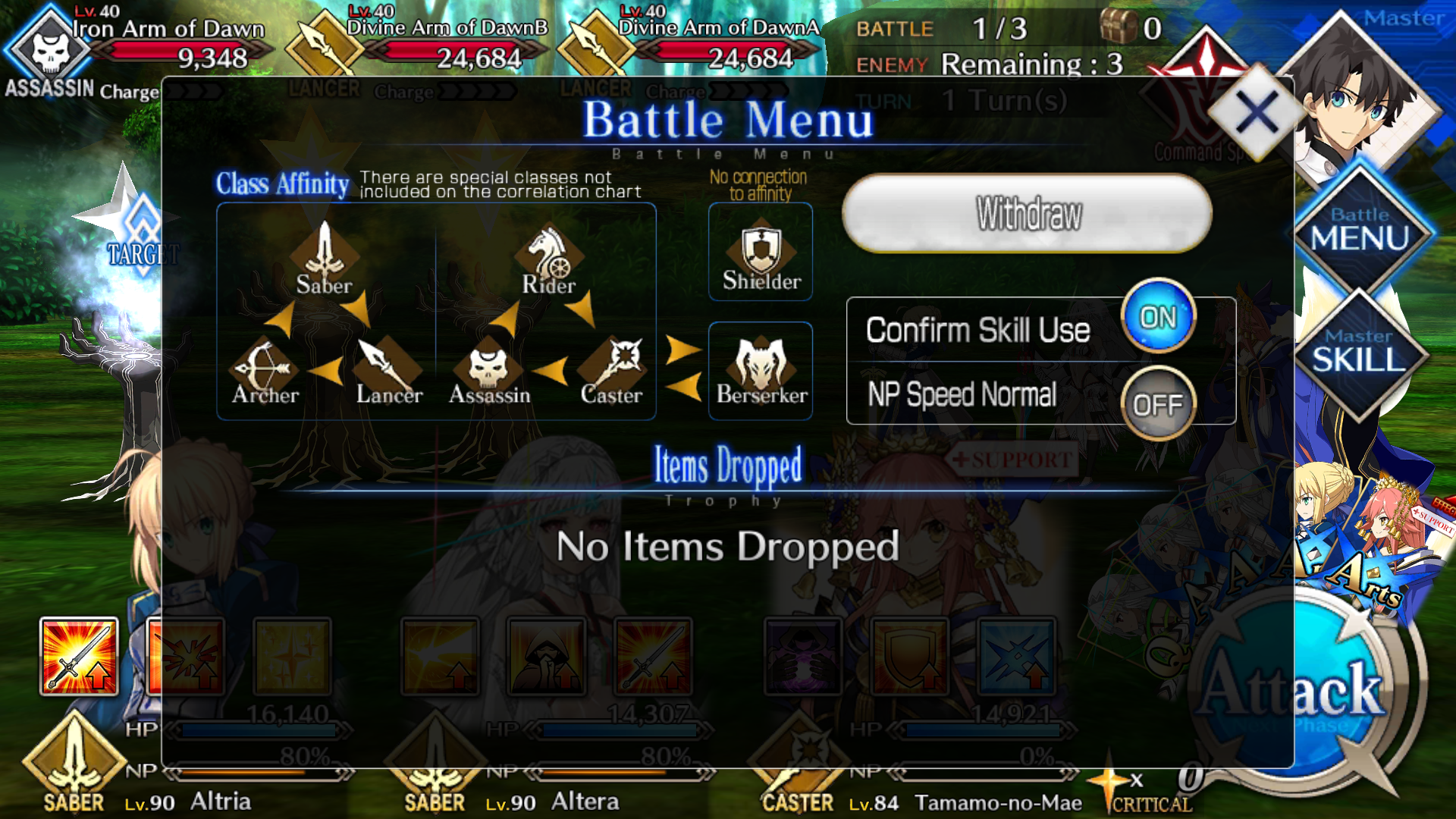 ▲You can check class affinity by tapping the menu icon on the top right corner.

…Oh, I bet there are people who think "Well then, why don't I make a party full of Berserkers!" I am sure there are. Unfortunately, the world is not as naïve! I mean, if that's the case than more Berserkers would win a Holy Grail War.

The bad news is, although Berserkers have high damage output, they also receive more damage from enemies. In the worst case scenario where enemies focus on your one Berserker, it can get killed in one turn. It's hard to bounce back once you've lost momentum so make sure the average sanity level of Servants in your party is not too low. Of course that can change depending on different situations. For example, you might want to bring more Berserkers to quests where clear speed is more important (e.g. Daily Quests). ▲By the way, you can change or rearrange the position of your support slots in your party. If you want to try to take on a quest with your Servants alone, or if you want to save the best for last, then feel free to move the support slot to the end.

Now that we spent another episode talking about useful things, we'll end this episode here. Next time "Episode 7: You should raise your Servant!" Where we will talk about the tricks to make your Servants more powerful. That aside, you can feel the madness in the manga getting stronger.